How Aurora Health delivered a better mental wellbeing experience with the Moodpath app for millions of users, using Holistics for product and data analytics.

Holistics is a lesser known, but elegant business intelligence tool that is going to be taking a huge chunk of market share from some of the bigger players in industry… Making more rapid decisions and being able to pivot more quickly is a change that [Holistics] has enabled us [to do]. 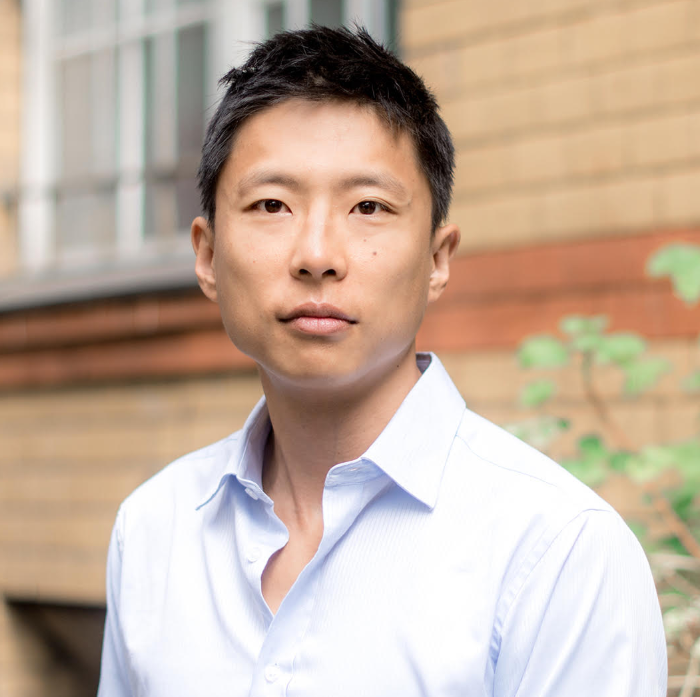 Aurora Health develops digital solutions to help detect and treat mental health disorders. In October 2016, it launched Moodpath, an app that lets users track, monitor, and communicate their moods and help identify depression. Moodpath has been downloaded more than a million times globally.

Moodpath, a CE-certified medical app, uses adaptive algorithms to improve the detection and recognition of depression among users. Over time, it also creates daily plans, which include psychological exercises, for each user. After two weeks, the user can then generate a doctor’s letter from the app, to help in consultations with medical professionals.

How to gain actionable insights on app usage

Aurora Health developed Moodpath based on the insight that mobile apps can help to detect mental health disorders and increase well-being. And when there are mobile apps, there comes data—and there’s certainly a significant amount of it on Moodpath, which has 14,000 to 20,000 daily active users and has been downloaded more than a million times globally.

The app is offered on a ‘freemium’ basis with a premium subscription option, and the product and marketing teams monitor the conversion of free users into paying subscribers.

The key to convert free users to paid customers requires Moodpath to have good insights on how their users engage with their platform. However, in the first 18 months of operating Moodpath, Aurora Health didn’t have deep insights into questions such as:

At first, Aurora Health did not use a business intelligence or analytics software to analyse the datasets from the app. This caused a lack of insight into consumer behaviour and preferences, which in turn resulted in the inability to personalise the app experience and optimize the app to improve user retention and conversion. Without a way to track and analyse data in real time, Aurora Health had to manually eyeball the app to detect abnormalities. This was an inefficient method that took up time and introduced a high margin of error.

This lack of visibility into consumer behaviour was partly because Moodpath users are identified only based on their IP address for privacy reasons—the app doesn’t ask for full names, email addresses, and other identifiers. The other reason was that they didn’t have a business intelligence (BI) solution that gave them full visibility into app usage and engagement.

[Before Holistics], there was not so much a focus on BI. It was just, ‘let’s make this app work’ and ‘let’s just make some decisions based on our gut feelings’. Now, with BI, it’s more that we can reflect on some of the decisions that we made and say, ‘Okay, was this decision in the right direction and should we continue down that direction with certain changes in our app?’

After considering and trying out other options, Aurora Health began using Holistics, a BI platform, in May 2018. They now use it to test out app features and gauge users’ response.

“[Before Holistics], there was not so much a focus on BI. It was just, ‘let’s make this app work’ and ‘let’s just make some decisions based on our gut feelings’. Now, with BI, it’s more that we can reflect on some of the decisions that we made and say, ‘Okay, was this decision in the right direction and should we continue down that direction with certain changes in our app?’,” says Xing Fang, Product Manager and Head of Business Intelligence at Aurora Health.

Now, the team is able to perform two-week tests before deciding whether or not to commit six full months to build a feature. They also conduct A/B tests to make sure each product feature is effective in engaging users. Analyzing the data and results of these tests was made possible by Holistics.

On the marketing side, Holistics helps the team connect users who downloaded the app to those who later become paying subscribers. They can identify the campaigns that were more successful and effective in helping them acquire and retain users. For their Facebook ads, the team is slowly moving away from using the social network’s built-in analytics tool towards using Holistics to track and measure ad performance.

“I like the design of [Holistics]. I like working with it… The way the query writing connects with the visualization is very, very nice. I’ve been really having a good experience using the tool,” says Hadas Feinholz, Data Analyst and Data Science at Aurora Health.

Around 15 people in the team use Holistics actively per month. The marketing, product, tech, and research teams have one power user each. “Before, two people might be asking similar questions and somehow we might be building two reports for them. Having that one source of truth for everybody to share is a little bit of a timesaver,” says Xing. Holistics is an ultimate tool that allows a friendly and intuitive experience for both the creators and consumers of the data analysis. The tool provides a big variety of functions and the support team is very responsive and caring. Looking forward to working with them more in the future and would definitely recommend it to others.

Data analytics can also refute assumptions and guide the team in directing their effort and resources towards activities that convert users. Hadas shares that they once ran a major experiment on the content provided in the app. They gave some users free access to premium content to understand whether this would increase the frequency of app usage. They wanted to find out whether they could monetize the content and whether it would help encourage users to get a paid subscription. Holistics allowed them to measure the impact of this business decision, and decide whether to continue pursuing this direction.

“The result was interesting because they had pretty much the same amount of activities and usage,” says Hadas, regardless of whether they did or did not have free access to premium content. This allowed them to cut their losses and redirect their efforts towards more productive ends.

Instead of manually eyeballing different data points for abnormalities, connecting Holistics to Slack and email enables the Aurora Health team to get alerts when something unusual happens. This includes instances like a sudden drop in user engagement or the database ceasing to create results. These alerts serve as signals to Moodpath developers to check if there are bugs in the code. This way, they can catch and fix errors in real time, avoiding customer disappointment and negative reviews. The team uses close to 20 different data alerts.

“We use the scheduled reports for alerting purposes. There were some BI tools that had either reporting or some other kind of alerting on the side, but we were able to use this kind of hack for Holistics to alert us when some values are not in the appropriate range,” says Xing.

“Metric sheets are great and are a tool that we didn’t even know we needed. And now we probably wouldn’t like to live without them,” says Xing. Almost every day, Xing looks at the metric sheets to understand daily, weekly, and monthly app activities, such as installs and purchases in certain locations.

“It’s really powerful for me. Before, if I wanted to get a view like what I have on a metric sheet in a query, I could definitely do it, but it would take so many joins of different tables on dates. This metric sheet is such an innovative way, in my opinion, of solving that issue,” says Xing.

This dashboard will include metric sheets for tracking key metrics, along with charts and reports from the different parts of the business. The goal is to create alignment across the company with something simple and clear, so anyone can easily get an overview to see how the various measures of the business tie-in together.

The major metrics to track could be different for each company—for example, active users, installs, usage activity. “We were sitting for a long time [with the founders] trying to figure out what would be the best measurement,” explains Hadas, adding that this is an ongoing project.

Metric sheets are great and are a tool that we didn’t even know we needed. And now we probably wouldn’t like to live without them… Before, if I wanted to get a view like what I have on a metric sheet in a query, I could definitely do it, but it would take so many joins of different tables on dates. This metric sheet is such an innovative way, in my opinion, of solving that issue.

Future Of Data At Aurora Health

While the Moodpath team can analyze things like app usage and the moods that users choose from a list, they currently don’t have a way to transform the ‘thoughts’—journal notes that people type out—into digestible data. That’s their major project for 2019.

“Right now, we just have that journal entry as feedback for the user that they can go back to, maybe in a therapy session, and say, ‘This week, I did X, Y, Z,’” says Xing. “Later on this year, we hope to be implementing a little bit more data science, maybe parsing out some of the important contexts for journal entries once we have enough data to build the feedback back to the user in some meaningful way.”

This will enable the app to provide more personalized feedback and suggest more suitable exercises and content to users.

Going forward, they also see product and business teams being able to explore data analytics more on their own. They hope to see more—and even all—team members becoming power users of Holistics.