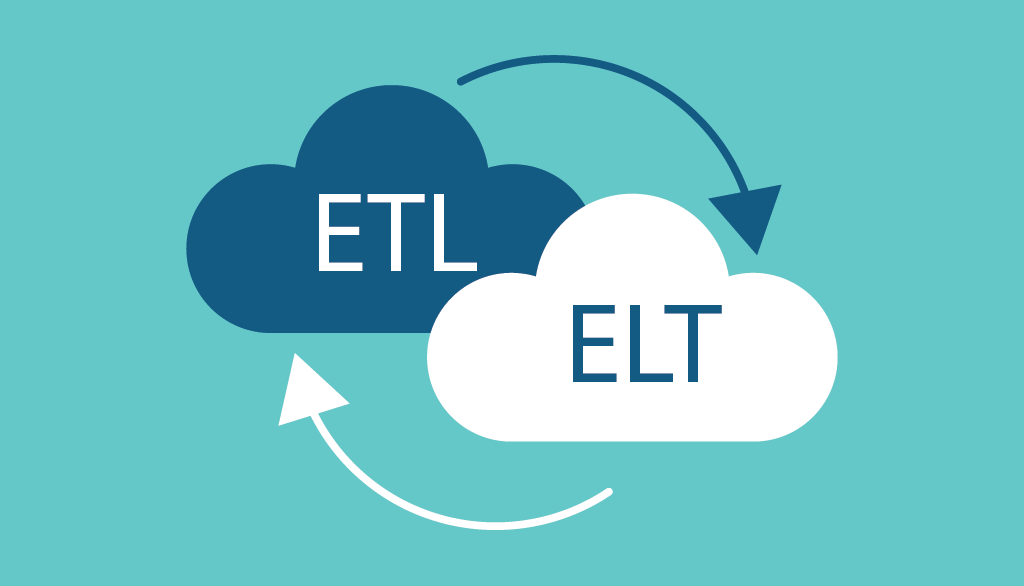 In any organization’s analytics stack, the most intensive step usually lies is data preparation: combining, cleaning, and creating data sets that are ready for executive consumption and decision making. This function is commonly called ETL or Extract, Transform, and Load, identifying the three distinct stages involved. ETL and other data warehousing related concepts evolved in a technology era where the operational technology stack, understanding of risk, and non-functional requirements were much different than they are today.

This article talks about the technology changes that is driving the emergence of ELT, and provides a comparison of ELT vs. ETL to assess your company’s data needs.

For a more up-to-date analysis of ETL vs ELT, check out chapter 02 in our Analytics Guidebook: ETL vs ELT? What Is The Big Deal?

The Origins of ETL

The seminal work in data warehousing and business intelligence were done in an era in which:

Analytical queries, however, tend to be built iteratively, and run across
multiple tables in an OLTP database. These differences between Transactional
Systems and analytics posed a challenge, and led to the need for data to be
processed or queried outside the OLTP systems.

Thus, a new category of software — ETL Tools — was born. These tools:

Now, analysts, business users, and data scientists could interact and query the data without disturbing business operations. More importantly, most ETL tools eliminated the need to code: They provide a drag, drop, click, and configure interface which breaks the transformation steps into distinct “stages”. ETL specialists could build step-wise routines that were easy to trace and debug without the need to understand code written by engineers. This was indeed the core value proposition: one didn’t need to be an engineer or developer to build something of tremendous value to the organization. For example, DataStage provides an array of options for data processing as shown below: A sample ETL Job in IBM DataStage: This illustrates that no coding is indeed
required, while the end result itself seems complex

Key Changes in the Landscape

There are three changes that occured over the years that have changed the ETL
game:


These have two effects:

Thus, instead of having a dedicated ETL Server cluster, companies can now use a database infrastructure for both processing (Data Preparation) and querying
(Data Reporting). Also, instead of investing in a drag-and-drop tool to perform the data transformation functions, companies can now use SQL scripts in conjunction with automation software (or features) for data preparation. While traditional ETL tools can still be extremely powerful in an ELT setup, using SQL as the single currency across your stack offers benefits.

The lowest load on an highly-available operational system is reading data or the “Extract” function. Instead of creating an intermediary flat file as older ETL tools do, modern connectors copy data from one database platform to another with a similar workload on the stable OLTP side.

Thus, the flat files have been replaced by tables in the data warehouse schema, thereby “loading” raw data first. Now, we have a copy of the required operational data that can be cleaned (eg. remove Trailing and leading spaces in user input text, correcting errors in address entered), standardized (eg. Resolve all countries into a standard list of 2 character identifier: US, SG, HK etc.), filtered (remove canceled orders etc), masked (obfuscate client-identifying information such as Social Security or National ID numbers), and aggregated (convert and summarize transactions in different currencies into one). Most, if not all, of the steps can be done using SQL queries within the data warehouse environment.

ELT vs. ETL: The Benefits & Considerations

The increased adoption of ELT offers many benefits:

A number of technological changes over the last few years have challenged the traditional notions, not just in Business Intelligence but in other domains as well. Moving to an E-L-T paradigm has cost advantages that are directly measurable, but coupling an elimination of the intermediary ETL tool needs changes to processes and a careful rethink of how analytics is delivered in your organization. Controlling the entire BI / Analytics stack using one language — SQL — is certainly worth considering, as there could be other synergies that could be gained.

Holistics.io provides data collection, preparation, and reporting in one
cloud-based suite, requiring SQL as the only skill to design and own an
end-to-end BI practice. Sign-up for a free 14 day trial at www.holistics.io/getting-started and enter the offer code “ELT”

In this article I will show you how to build daily user growth report with cumulative number (running total) using mostly SQL, …

The Holistics Blog
—
ETL vs ELT: How ELT is changing the BI landscape
Share this