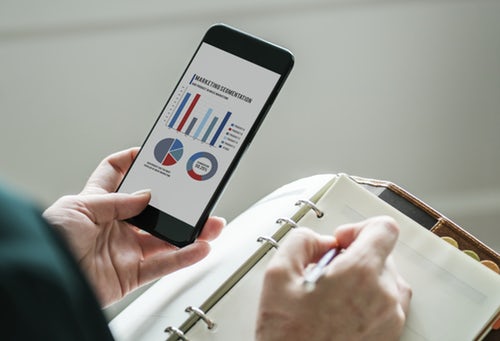 Sales data consists of many key statistics such as number of leads, lead score data from apps like Autopilot, success rate of closing a deal and many more. Sales data can be used to magnify areas for improving sales. The performance of your sales team and key trends can be exported from Pipedrive or any CSV files into your own database for quick and easy report building with Holistics.

TL;DR on how Holistics works

Setting up the process 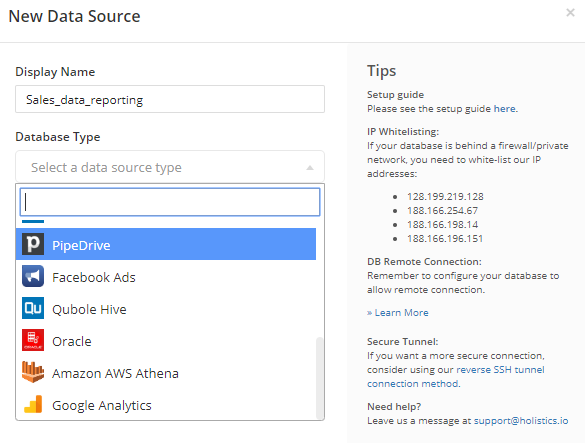 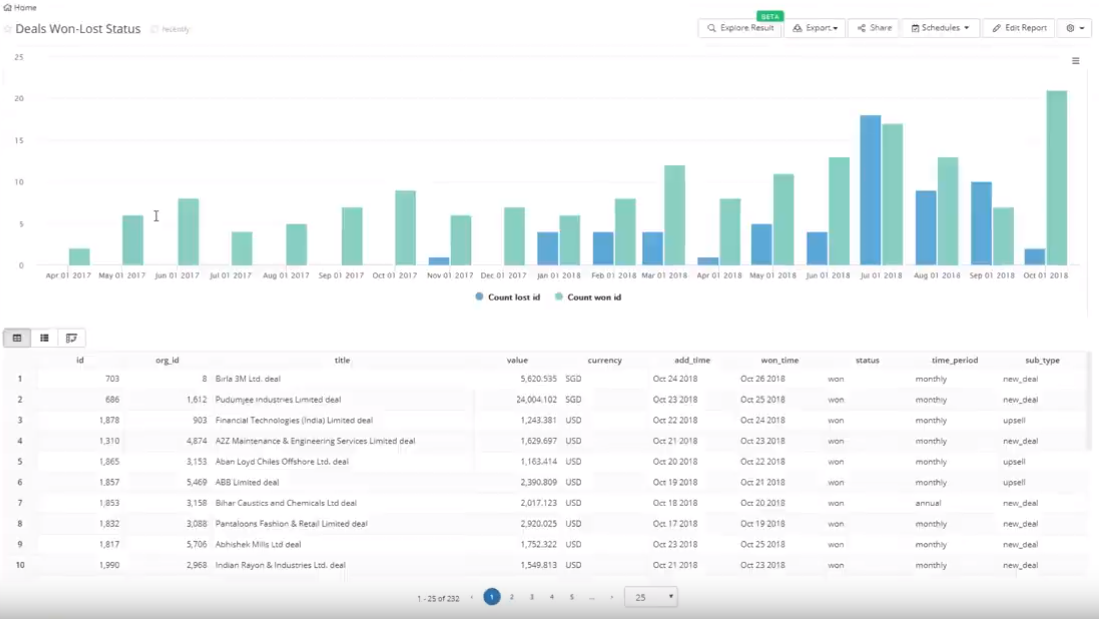 We can compare deals won and deals lost on a monthly basis.
Using the drag & drop interface, you can build the reports that you need to see how your sales team is performing.

After this report has been created, save and schedule this report to be sent to you via email or Slack in Google sheets or as a PDF file every morning. Because of the import job you had scheduled from Pipedrive to your database earlier, you don't have to go through the manual work of extracting the data again to receive the lastest data to your email or Slack.

Deal Leads By Their Lead Sources

Usually, the sales team would like to know where do their sales come from and what is the win rate of those deals coming from a particular source. This allows them to focus on areas where there is a higher win rate.

In this example, we will require the deals table, a table of deal sources and a deal. All the data can be exported from Pipedrive, which just requires creating a few extra custom fields and accessing the data via API which you can read more about on Pipedrive's API documentation.

You now visualize a combination chart of the number of deals from each source and value of these deals with the data that you have.

With Holistics, you have the ability to easily join data from different sources together for your reports to get a wider statistics to analyse.

Here we can take the lead scores generated by Autopilot and link this to our Pipedrive tables to see which leads are most promising to pursue. From Holistics, we can easily upload my AutoPilot CSV data to the reporting database. In a new report, we can pull out the name, email, organization ID, and company values from the Pipedrive persons and organizations tables. Join the AutoPilot table to this dataset using emails as a common key and add in the lead score column. Now we can use a pivot table to pull out the organization's as the rows and the sum of lead scores as their values. Additionally, we can also filter out leads without a lead score.

With this, it gives you and your sales team a better clarity on which deals they should focus on based on the lead scores.

Holistics allows you to automate your dataset preparations

Sign up for a free trial to start using our Filter & Query Templates!

*Holistics believe in empowering data-driven teams. With the right tool, every individual can contribute in ways unimaginable to their team. We empower you by making our software flexible, intuitive and user-friendly.

And we happen to be able to automate the data processes for you so you don’t have to do the mundane tasks over and over again.

Tips and tricks for getting the most out of the platform!

We are always looking back to see what we have achieved in the past year. It's our way of giving a pat …

Question: if I have different customers, each with their own Databases with similar structure, how do I combine/append them into a …